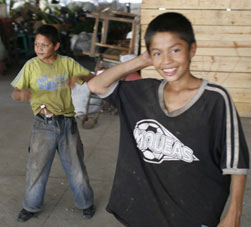 In view of the profound economic poverty and political upheaval that has rocked Honduras, the need to care for and protect children and teenagers is more urgent than ever.

Casa Alianza Honduras was opened in 1987 and has three residential centres serving children and teenagers in desperate need of our support. In addition to providing crisis care to an average of 180 boys and girls every night,

In addition it provides specialised care for girls survivors of sexual exploitation and human trafficking, and for boys with harmful substance addiction problems. Casa Alianza Honduras provides a monthly update of statistics and information on the deaths and violent crimes affecting children and youth in Honduras.

In the slums of Central America’s major cities, children are tortured and murdered for refusing to join the street gangs who dominate everyday life and dole out drugs and death.Known as ‘maras’ and by now notorious, the youth gangs in Honduras, El Salvador and Guatemala originate from the ghettos of Los Angeles and other US cities. Revelling in their reputation for rampant violence, they promote a sub-culture of nihilism and have gained such a hold over Central American society that they represent the biggest threat to peace in the region since the civil wars of the 1990s.

Urban tribes – how gangs recruit street children – With no home, education or family structure to belong to, children marginalised on the streets are easy prey for organised criminal networks on the hunt for new recruits. Approached by the gangs with an offer of ‘employment’, children are coerced into joining up, and initiated into their new ‘surrogate family’ with beatings, gang rape and other brutal initiation tests.Once children carry out the first innocuous gang-given task, the reality of their involvement becomes much more dangerous and complex.

Trapped into a vicious cycle of criminality, street children are groomed through the hierarchy, progressing from acts of petty crime and serving as lookouts for gang chiefs to burglaries, extortion and contract killings. Gang chiefs know that the law is often more flexible with a child  offender, and so children are a valuable commodity in furthering the gang’s illegal activities.

How Casa Alianza combats gang culture – Casa Alianza Honduras has an active programme to persuade children not to  join gangs in the first place.In the safe house in Tegucigalpa, Casa Alianza staff teaches children the values of respect, trust and collaboration, providing them with the strong sense of self-esteem they will need to resist gangs’ pernicious influence. When a teenage resident of Casa Alianza turns 18 and chooses to leave our shelter for an independent life, it’s not uncommon for staff to see gang members patrolling the streets outside the safe house gates, lying in wait for the teenager to emerge. In those cases, we provide legal services to help the young person change their name and move elsewhere, safe from danger. 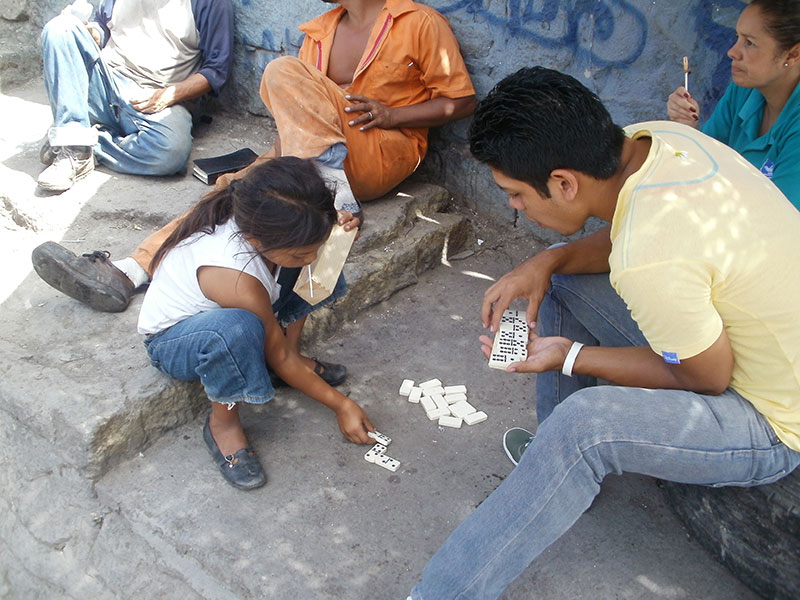 Programmes with ongoing support: Football programme for health and well being. Education.

Programme we would like to support more fully: Advocacy.

Find out more about other partner programmes in Guatemala, Mexico & Nicaragua

What is the British Government doing in Honduras ?