Please see below a recent article from the Thomas Reuters Foundation 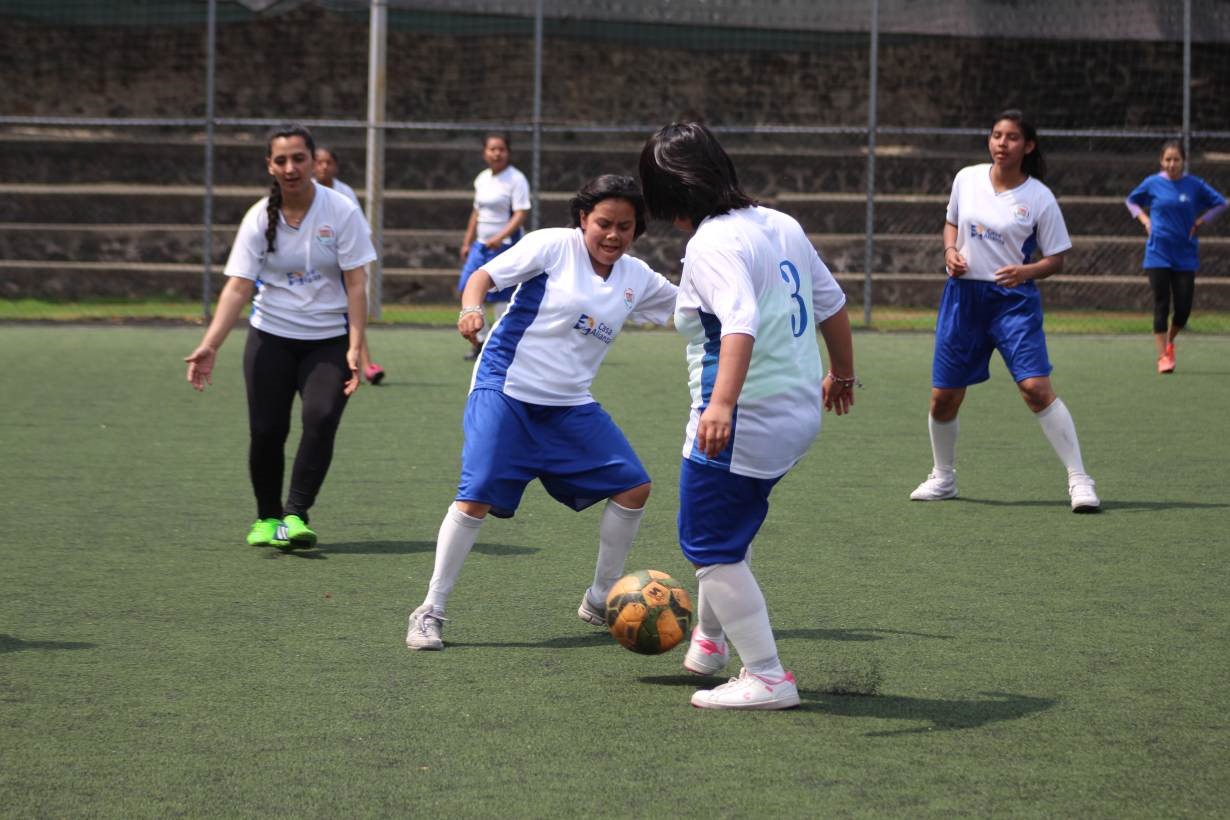 It’s all about team building, staying together, having networks, having friendship, happiness and feeling freedom. It empowers every woman around the world who plays this game.”

MEXICO CITY, April 11 (Thomson Reuters Foundation) – Yelling commands and lunging for the ball on the balding astro turf, Khalida Popal drilled the team of nine Mexican teenage girls through soccer training, weeks before they jet off to Russia for the World Cup – the street children’s version.

For Popal, former captain of the Afghan women’s football team, soccer can open new avenues and boost self-esteem for the Team Mexico girls, who laughed and high-fived as they tackled and scored in the baking heat.

“When you enter the pitch, you forget about everything. The only thing you think about is the ball and the game – that’s the beauty of football,” said Popal, who was forced to flee her homeland after death threats.

“What always helped me to come through that tough and difficult situation was to play football.”

Children from more than 20 countries, including India, Brazil and Kenya, will converge on Moscow in May for the Street Child World Cup, whose ambassadors include Brazil’s Gilberto Silva and England’s Alex Scott, ahead of FIFA’s 2018 event.

With up to 150 million children living on the streets worldwide, according to the United Nations, the organisers hope the event can help erase the stigma surrounding street children and improve their treatment.

“This is a global issue of children not being in a safe home,” said Joe Hewitt, head of Americas for Street Child United, on the pitch sidelines.

The event is also a child rights conference, said Street Child United, which works with Casa Alianza, a non-profit in Mexico that provides a home to more than 100 children, many victims of violence, sexual abuse and trafficking.

For Mariana Nicol, who is still adjusting to her new life at Casa Alianza, football has always been a passion but she never imagined she might get a chance to train and play for Mexico.

“I can’t believe it, I feel like it’s a dream,” said the ponytailed 14-year-old, who is trying to finish primary school.

“It’s exciting to be training with many kids that I know, and to then grab the ball and run with it or hand it back.”

For the Mexican team from Casa Alianza – some of whom have suffered addiction, abuse and homelessness – flying to Russia will not only expand their horizons but help them see beyond the neglect that has so far dictated their lives, said its head.

“Above all, I think the most important is to know that they can achieve whatever goals they set,” said Sofia Almazan Argumedo, Casa Alianza’s Mexico director.

Despite growing up half a world away, the Mexican girls related to Popal’s story of overcoming intense opposition and intimidation in war-torn Afghanistan to play football.

“Her personal experience is very like ours, it’s very difficult. But she moved forward and, like me, sought to become a footballer,” said Jazmin, 15, who also wants to become a lawyer. She declined to give her full name.

Popal recounted how Afghanistan’s first women’s national team worked to encourage more women and girls to play football, despite attacks and pressure from people opposed to them playing a “man’s game”.

“They were saying it’s against men’s honour and it’s not made for women. Women should stay in the kitchen and wash dishes,” said Popal, her long hair pulled into a tight plait.

“Many times, we got attacked by groups of men. It was really, really difficult.”

Fearing for her life after Taliban threats, Popal fled, counting herself “one of the luckiest women in my country” that she escaped being shot like many women’s rights activists.

Spending several years underground, she eventually made her way to a Danish asylum centre where she encouraged women to play football to help ease crippling stress and depression as they awaited the results of their applications.

Now living in Copenhagen, she runs the Girl Power Organization, a non-profit she founded that uses football and sport to help better integrate minorities, including immigrants and lesbian, gay, bisexual and transgender people in Europe.

Although barriers are gradually crumbling for women in Afghanistan, said Popal, they still have to overcome significant hurdles to play football and take part in social activities.

“It’s all about team building, staying together, having networks, having friendship, happiness and feeling freedom. It empowers every woman around the world who plays this game.”

You can donate to Casa Alianza Mexico’s sport programme

Have fun and raise funds for us in the Justgiving 2.6 challenge

Free Fundraising for us at your fingertips