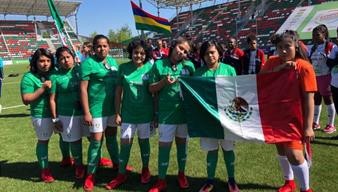 Casa Alianza México was selected by Street Child United, for its women’s team to represent Mexico in the Street Child World Cup, held in Russia prior to the World Cup.

The team of teenagers also represented thousands of children in vulnerable situations in our country.

In addition to football, they participated in artistic activities and a human rights assembly where they added their voices to raise awareness of how children at risk are treated and seen in Mexico and Worldwide.

Well done to all the girls that took part , they were a credit to themselves and Casa Alianza Mexico.

Easter appeal: Mental health and Wellbeing – can you make a donation ?

What does mental health & well-being mean to you? Well-being is the experience of health, happiness,…

Volunteers’ Week is an annual event which takes place at the start of June. It…

February 2018 newsletter – update on our new direction, funding priorities for 2018

We are excited to share with you an update on our new direction for 2018,…